Thoughts on The War 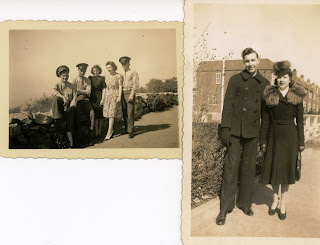 In watching "The War" on PBS (continuing tonight, don't miss it), I'm struck by both the similarities and the differences to today's war in the Middle East.

The similarities are the bonding of the fighting men and women; the horrors of war that they all face daily; the worry and fear of the families for their loved ones in harm's way; and the necessity of the conflict to protect our way of living in freedom.

The differences between the two wars are both more numerous and more ominous.

If a major newspaper during WWII had published details of a top secret government surveillance program, it could not possibly have survived the American public's wrath. Censorship of the news was accepted as a common sense requirement to protect American lives rather than a violation of our "rights." (The "right" to get Americans killed deserves quotation marks, in my opinion.)

In WWII, everyone sacrificed for the success of the war. Food and clothing were rationed, many consumer items were unavailable, American citizens actively sought ways to volunteer and contribute in order to support the troops through to victory. Today, half of Congress is invested in our defeat--preferably before the next election.

Unlike today's whiners, who insist that fighting the enemy in Iraq is completely different than fighting the same enemy in Afghanistan, Americans in the 1940s didn't question fighting the geographically and politically disparate powers of Germany, Italy, and Japan. Everyone seemed to understand that it was all connected in one global war against tyranny. No one called it "Roosevelt's war."

The photos in this post are from family archives. My uncle enlisted in the Navy, at age seventeen, and came home to New York City on furlough one winter. The "tomato" with him is his big sister--my mother. Mom also appears in the other photo, the leggy gal who visited San Diego in 1942 with her girlfriend, before said friend's little brother shipped out with the Marines. I spoke with my mother this weekend and asked her if she was watching "The War." Yes, she exclaimed, and said "I am reliving my life" because of it.

What will documentary films many decades hence have to say about how America rose to the current challenge? When I think of the similarities of the war against Islamic Fascism to WWII, I am encouraged. But when I think of the differences, and how they seem to grow, I can't help but be worried.
Posted by Kathy Carroll at 12:35 PM