Flying in the Face of Reason 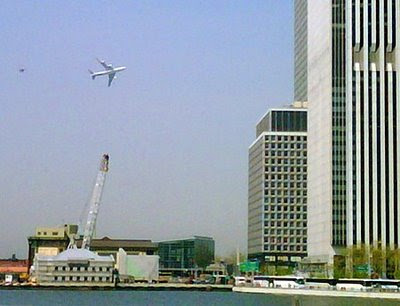 I know a way to keep government costs down. In fact, I think this approach could quickly help us arrive at the $100 million President Obama wants cut out of the budget immediately. It’s very simple, really. So simple that I don’t understand why our supposedly “brilliant” leader hasn’t figured it out.

Keep Air Force One on the ground.

The New York City flyover fiasco cost American taxpayers nearly $330,000—that's without the cost of the F16 escorts. New York City is over 200 miles from Washington D.C. Next, we have the road trip to Missouri to deliver the “First 100 Days of American Socialism” press conference. Tell me, why couldn’t this inane waste of time be held in Washington? Missouri is over 900 miles from Washington. What’s the probable estimate on that joy ride--$1 million?

I’d really like how the president is “earning trust” from recession-weary Americans with these extravagances. Personally, I don’t believe his assertion that he didn’t know about the NY photo op—it’s his plane! I think the DoD might need to ask him for the keys, don’t you? Obama’s “furious” reaction is a bit too cute. And the fact that NY authorities were informed, but threatened with Federal ramifications if they let the story leak, calls true intent into question. What was the real goal of the “photo op”? Was it a test to see how much power the government holds over its citizens, and how easily it can induce panic—and therefore exert control? Was it merely an ego trip? In either case, that’s worse than disgraceful—it’s disgusting. And I, for one, would not be surprised if either scenario was the truth.

Has the government never heard of PhotoShop? With the click of a mouse, you can show Air Force One and the Statue of Liberty together. Aside from the sheer costliness of the exercise, to needlessly put New Yorkers through such a terrifying reminder of 9/11 is beneath contempt, and I seriously question the judgment of anyone in the administration--up to and including Obama, especially--who approved it.

After these “enchanting” 100 days, I remain completely unimpressed with President Obama. I fear he is an unmitigated disaster for this nation, one that's in the process of happening. I think Americans need to brace themselves for some very bad days ahead. As the captain of Air Force One might say, “we’re heading into some turbulence—please fasten your seat belts.”
Posted by Kathy Carroll at 12:58 PM