When Peggy Noonan hits the bull's eye, her work is suitable for framing. Here is a link to her Wall Street Journal piece, "The Big Alienation," which is an exceptionally astute summation of why so many Americans are so completely fed up with government--and why the numbers of dissatisfied citizens is growing.
Noonan also hints at why, if not addressed, this expansive unrest will lead to more change than even our current president bargained for.
Posted by Kathy Carroll at 8:01 PM

In Honor of St. Catherine's Day 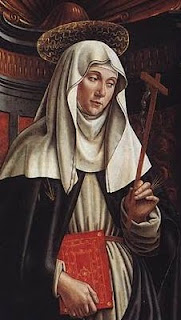 Everything comes from love, all is ordained for the salvation of man, God does nothing without this goal in mind.
~ Saint Catherine of Siena (1347-1380)
"Therefore, You, moved by that same fire of love with which You created him, willingly gave man a means of reconciliation, so that after the great rebellion into which he had fallen, there should come a great peace; and so You gave him the only-begotten Word, Your Son, to be the Mediator between us and You. He was our Justice, for He took on Himself all our offenses and injustices, and performed Your obedience, Eternal Father, which You imposed on Him, when You clothed Him with our humanity, our human nature and likeness...We are Your image, and You have become ours, by this union which You have accomplished with man, veiling the Eternal Deity with the cloud of woe, and the corrupted clay of Adam. For what reason?--Love. Wherefore, You, O God, have become man, and man has become God. By this ineffable love of Yours, therefore, I constrain You, and implore You that You do mercy to Your creatures."
~ from The Dialogue of Saint Catherine of Siena
Doctor of the Church, 1970
Feast Day, April 29
Posted by Kathy Carroll at 10:06 AM

Fred Barnes of The Weekly Standard has some sobering facts on the gathering pension tsunami. Considering the fact that Baby Boomers have been marching down the track toward retirment for many years now, you'd hope that this crisis would have been addressed before now.

Of course, we've all learned where "hope" gets us these days.
Posted by Kathy Carroll at 1:26 PM

Happy Birthday to the Bard

...We are such stuff
As dreams are made on; and our little life
Is rounded with a sleep.
~ The Tempest, Act IV, Scene I
William Shakespeare is, in my opinion, the greatest writer in the English language. He is quite possibly the greatest writer ever, in any language. But, as the Bard himself admonished us, "the play's the thing" (Hamlet II:ii). In other words, don't spend time worrying about whether or not he really wrote the plays--just enjoy them.
One of the myriad interesting facts about Shakespeare is that he was baptized on April 26, 1564, and died on April 23 fifty-two years later, in 1616. A custom of the time was to baptize babies within a few days of their birth. Quite possibly, William Shakespeare died on the actual anniversary of this birth, a fact which would make his lifetime truly "rounded with a sleep."
Although it didn't quite work out for him in life, Shakespeare has enjoyed an unending run after his death. As he might have described his durable popularity into our modern age, "a light heart lives long." Happy 466th Birthday to the Bard.
Posted by Kathy Carroll at 10:34 AM

It's fascinating that the Iraq and Afghanistan wars have all but evaporated from the headlines. The fact that the war efforts are now being directed by Barack Obama rather than George W. Bush now makes them, quite magically, acceptable to MSM and the now-silent war protestors.

Victor Davis Hanson shares some thoughts on this hypocritical approach to the facts of the war and on the reality that the bottom line on Bush's strategy is that it's working.
Posted by Kathy Carroll at 10:40 AM

Fitting to a Tea 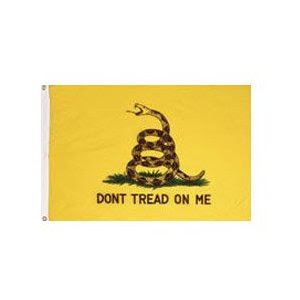 The Tea Party flag is revealing
Of what everyday people are feeling.
With Government growing gigantic,
The voters have turned a bit frantic;
Come Election Day, Dems will be squealing.
Posted by Kathy Carroll at 9:03 PM

Here's a link to some background facts on Pope Benedict XVI and the sex abuse scandal within the Catholic Church.

You certainly won't find this recounting in the NY Times.
Posted by Kathy Carroll at 12:20 PM