It can be challenging to decide how to start a blog post these days, what with all the explosive news stories percolating simultaneously, worldwide. But the article I stumbled across about Pope Francis being a no-show at the Vatican concert really captured my fancy.

I mean, really. A white "throne" for Francis to sit on, apart from all the other attendees? Have these guys been paying any attention at all? The College of Cardinals reminds me of the United States Congress--they just don't get it. Both entities want to continue doing things their own comfortable way and are astonished when their bosses--the People of the United States, in the case of Congress, or Pope Francis, in the case of the cardinals--prefer a different approach.

Here's a quote that's beyond priceless:


Francis, "learning how" to be pope? Um, I don't think so, confused Vatican source. That man knows exactly what he's doing. Pope Francis is the right man at the right time, and he's a breath of fresh air blasting welcome shock waves through the tired, dusty old Catholic Church.

My advice to you and your brethren, dear slow-witted Vatican source? Keep on "learning how he wants to do it." You can start by auctioning off the white throne.

Posted by Kathy Carroll at 9:35 PM

If I'm ever lucky enough to visit Latvia, I hope it's during John's Day celebrations.

Posted by Kathy Carroll at 3:44 PM

For several weeks I’ve been following the various snooping scandals engulfing the Obama administration. The hacking of news reporters’computers, phone records, e-mails; the IRS intimidation of Tea Party participants and various other political opponents; the NSA/Big Brother data storage complex in Utah that we still wouldn’t know about if it hadn’t been for a whistleblower. It’s a lot to take in, and judging from the polls, Americans are none too pleased with their president.

But I have to say, none of it surprises me. For some time now, we have been living in the brave new world of electronic monitoring, and the technology is too enticing for those in power to leave lying fallow. If we use a computer or a mobile phone—and virtually all of us do so--probably most, if not all, of our daily lives are recorded somewhere.

I’ve been awaiting revelations of privacy destruction for years. As an example, since September 11, 2001, I’ve been interested in buying a copy of the Koran. I’d like to read it for myself and see just what America is up against in her murderous Islamist enemy. But I have never purchased it. I’ve always been apprehensive of my transaction being relayed to some Office of Black Boots, followed by badges knocking on my front door. Even if I paid cash, what about those surveillance cameras at the bookstore?

And speaking of cameras, last year I began receiving snail mail from the U.S. Department of Transportation. It seems they had “observed” my car on its daily commute and wanted me to participant in a long-term transportation survey. I ignored the first two communications, but reconsidered after receiving the third. The Feds already know my home address, license plate number, and daily travel route—not to mention every other iota of personal information going back to my date of birth. It might not be a good idea to irritate Big Brother, I reasoned; I may end up being audited by the IRS. So I decided to play nice and take the survey. I’m being rewarded for my time with two Amazon.com gift cards, one at the start of the survey and the second upon conclusion. Consequently my reading habits are now also duly recorded for the the Federal government’s scrutiny. And if they've drilled down to monitoring individual Kindles, I hope they're enjoying my progress through Book 5 of the Game of Thrones series.

As anyone who reads this blog knows, my political views lean firmly to the right. I’ve always understood that entails a certain amount of personal risk and probable surveillance, but in the spirit of ’76, I’ve persevered in my pursuit of free speech and expression. So, most likely at some future date, when I need a hip replacement or a heart stent, my name will be dropped to the bottom of the Obamacare list—if it appears at all. Well, we all have to die of something. If I had to choose, I'd just as soon die on principle.

I don’t know what, if anything, is to be done about loosening our electronic chains. But I do know the fact that I was so well prepared to receive the news of government snooping and subterfuge saddens me. Benjamin Franklin, upon the birth of the United States, remarked that what we have is "a Republic, if you can keep it.” As we are learning, that's a very big "if."
Posted by Kathy Carroll at 9:19 PM

The Endurance of Dad

The photo is of my father in what Mom would call his "heyday." Dad's been gone many years, but I still miss him. I've long since accepted the fact that I always will.

Those of us who are fortunate enough to grow up with a good father understand that the relationship is lifelong. Whether he is living or dead, Dad is part of your life. You remember his words, actions, and values, and you find ways to apply his example. I still ask myself "What would Dad do?" when I'm struggling with an issue. Answering that question usually leads me to a satisfactory and wise course of action.

There is only one dad to a customer, so be good to yours while he's here. He'll most likely be gone before you; but I'm constantly amazed at how often thoughts of my father accompany me on my daily path. I can only hope that you will be so lucky.

"I'm not here as a serf or a vassal. I’m not begging my lords for mercy. I’m a born free American woman. Wife, mother, and citizen. And I’m telling my government that you've forgotten your place...."
~ Becky Gerritson

Her testimony didn't get much coverage in the news media (big surprise there), but every American citizen who is concerned about the abuses of power by the Federal government should take time to listen to what she had to say. 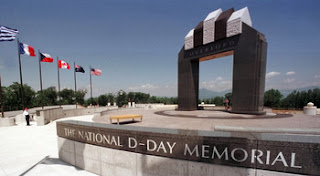 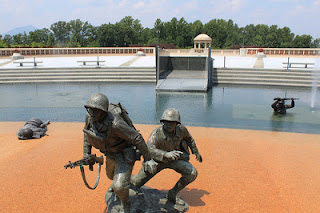 Posted by Kathy Carroll at 7:37 PM

June already, and just in time for Father's Day we have the offensive Washington Post article, "The new F-word: Father." The piece leads off with this breathless query:

"News that women increasingly are the leading or sole breadwinner in the American family has resurrected the perennial question: Why do we need men?

As if "breadwinning" was the only thing families need men for. Have we really become this unaware and stupid as a society?

Due to a wide variety of circumstances during my children's formative years, I was often the leading breadwinner in my family. So what? My kids both had a strong, positive, and powerful relationship with their dad, who did immeasurably more for them than fork over $20 bills. A good father is, among many other things, a teacher, counselor, role model, champion, protector, and hero. My husband was all of that to our children, and more.

If you were lucky enough to have had a good father while you were growing up, you understand his importance independent of his earnings. You will rarely, if ever, hear a beloved dad's net worth listed in his top five attributes. In fact, I have yet to hear anyone who was reminiscing fondly about their father's good traits ever bring up the size of his paycheck. So I grow very weary of dads being reduced to dollars and cents.

There's a wonderful book by Bill Bennett, The Book of Man, that captures the essence of admirable masculine qualities by exploring great works and writings of various men throughout history. If you're hunting for a Father's Day gift this year, I recommend that you give it a glance. Men, especially fathers, deserve all the encouragement they can get in these troubled times.

Posted by Kathy Carroll at 4:33 PM