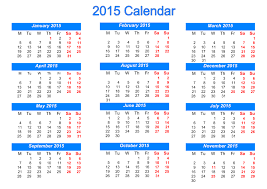 The ability to make any rational person even smile, let alone laugh out loud, about the events of the past year takes a major writing talent. It takes someone like, say, Dave Barry, who reviews 2015 in his classic, highly hyperbolic comedic style.

So read, and weep--and laugh.
Posted by Kathy Carroll at 2:28 PM

Merry Christmas! Peace to men of goodwill.
Posted by Kathy Carroll at 8:01 AM

In the wake of the third Republican presidential debate, I stumbled upon the most straightforward and rational explanation of Donald Trump's success thus far in the campaign. It's written by Conrad Black, with a good dose of historical cause-and-effect included. Every American voter should read it.

The key paragraph, towards the end, offers a cogent summation of the deplorable current state of the nation's politics:


My view, as persevering readers know, is that it all started to go horribly wrong with Watergate, when one of the most successful administrations in the country’s history was torn apart for no remotely adequate reason and the mendacious assassins in the liberal media have been awarding themselves prizes and commendations for 40 years since.

I've never read a more logical explanation for the mess we're in.
Posted by Kathy Carroll at 9:14 PM

It's official. Barack Obama is the worst thing that ever happened to the United States of America. He is The. Worst. President. Ever.

Don't take my word for it. The sad facts are eloquently stated by such well-known names as Victor Davis Hanson, Bret Stephens, Mark Steyn, just to name three authors of the most cogent summations of the psychotic circus unfolding from the White House. It terrifies me to think of this failure of a president in charge of the country throughout the coming, very dangerous year.

If you really want an earful, listen to Mark Levin expound on the rolling disaster that is President Obama. I hope the country survives until the next election.