"I attribute my success to this--I never gave or took any excuse."

Listening to radio news today as I usually do each weekday morning as I prepare to go to work, I heard something that made me laugh out loud--at 7:00 AM (no easy feat). President Obama was blaming the Democrat loss of the presidency on the ubiquity of "Fox News in every bar and restaurant in big chunks of the country"--and he was serious!

Now, I understand that Air Force One bypasses all of the Little People International airports. But does no middling advisor or government lackey ever report back to the president on the never-ending CNN (sometimes called "Clinton News Network") channel blaring in every airport terminal from sea to shining sea? CNN is not exactly known for its conservative slant. Throughout the campaign, they were firmly in Hillary's corner, broadcasting gently in her favor while slamming Trump at every mention. And airports are more heavily populated than bars.

What about the alphabet networks? Anchors and pundits at ABC, CBS, NBC, plus public television stations and major newspapers across the land were hard-pressed to find a positive word to say about Donald Trump, as all the while they dodged and weaved among the Hillary scandals raining down with alarming regularity. In addition, the media minimized and made excuses for any Clinton negative and amplified and belabored negatives for Trump. Example: The Clinton Foundation and her personal fortune? No problem, move on. Trump's business empire? The death of the nation.

In short, Hillary Clinton had the entire mainstream media apparatus of the USA, both print and video, working for her, while Donald Trump stood alone except for Fox News and conservative talk radio. She also had academia, social media, and Hollywood on her side. Yet she managed to lose. And somehow this is the fault of Fox News? I keep hearing and reading about how brilliantly smart this president is, but he can't prove it by statements like that.

Ever since Election night, when television commentators stared blankly at the reddening map and glanced speechlessly from each other to the cameras, excuses for the loss have been snowballing, culminating in the farce of recounts underway in traditionally Democrat states that (because of Fox News) voted Republican this time. It doesn't occur to the exalted elites that the American people just decided to try a different approach this time. They will never consider the possibility that they have alienated too many voters with too many broken promises and too much political correctness, to the point that they have lost the people's confidence as well as their attention.

The privileged liberals of our country--our current president the most prominent among them--think that anyone who disagrees with their incontrovertible wisdom is simply stupid. For that pomposity, there is no excuse.
Posted by Kathy Carroll at 8:20 PM

A Day to Be Grateful 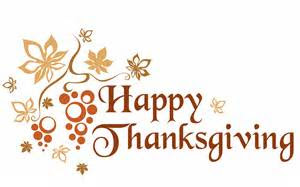 Have you read Donald Trump's "100-Day Plan to Make America Great Again"? I just read the entire document for the first time tonight. I didn't find the ravings of a madman. What I did find was a blueprint for a powerhouse revival in this country if even part of it gets implemented.

It starts with the "Drain the Swamp" theme of cleaning up corruption in Washington D.C.:
I find nothing objectionable in any of that initial content. The "Contract with the American Voter" goes on to address the American workers, national security, the constitutional rule of law, middle class tax relief, energy, healthcare, and illegal immigration. If Donald Trump can accomplish even a part of what is set out in his Plan, it will be more national progress than has been achieved in the past fifteen years.

I'm looking forward to seeing how much he can actually get done.

Against all odds, predictions, logic, and reason, Donald J. Trump has been elected the 45th president of the United States of America. As the votes were tallied late into the night and on to early morning, Trump captured one unexpected state after another in a most astonishing march across the electoral map.

How and why did this happen? On television, the many panels of media sages were nearly speechless with shock. One well-known political analyst almost whined, "What did we miss?" Well, when you're not paying attention, you can miss a great many things. What follows are a few of them.
Will Donald Trump be able to deliver on his promises? Time will tell, and very soon. In the meanwhile,  I'm glad Trump broke the china (couldn't resist) in this historic election. As he might say, "Unbelievable."
Posted by Kathy Carroll at 8:18 PM

Nothing is impossible, the word itself says "I'm possible."