Over the past month, I've been catching up on movies. As is usually the case, there were surprises good and bad. I'll start with the most disappointing and end with the best of the batch:

Denzel Washington is my favorite actor; that hasn't changed. My personal policy is to see every film he makes. That has not changed, either. With the critical acclaim surrounding "Fences," and the clips I had glimpsed, I couldn't wait to watch the movie.

It was a bit of a let-down. Obviously at first a stage play, the script was so dialog-laden that I felt a vague headache stirring about fifteen minutes in. The movie was too long, the characters too long-winded, and Washington's character was less than likeable, to put it mildly. I suffered through it, but I'll never watch it again. Instead, I'll await the next Denzel Washington movie. 2. Manchester by the Sea
First of all, Casey Affleck deserved his Academy Award. His portrayal of a man broken by bad choices and life's cruelty is superb. But, come on--is being depressed for two hours really how you want to spend movie night? Add this one, also, to my list of Never See Again Movies. It was like watching an individualized version of Schindler's List (another movie I'll never see again). Too relentlessly sad to be worthy of my time.

Things are starting to look up, movie fans. Although we all know the terrible true story of the Boston Marathon bombing, the film managed to build suspense and hold my attention throughout. Mark Wahlberg, another of my favorite actors, gives an outstanding portrayal of a Boston cop in the thick of the drama. I'd watch this one again.

A friend chose this movie from the theater marquee as her birthday treat, so I went in with absolutely no expectations beyond two hours of boredom and misery. What a pleasant surprise instead to watch a film with an original twist on a very old plot, a rocking soundtrack from the 60s and 70s, a quality cast with performances to match, and stunning special effects beyond compare. I liked how the director incorporated so many elements of the original King Kong film, giving them a modern spin. Definitely a go-see.

5. Beauty and the Beast 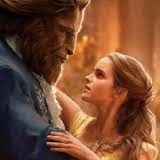 Disney is never junk, and this movie is one of its better offerings in recent years. The plot closely follows the animated film from the 90s, the actors (including voice-overs) do a great job, the special effects are captivating, and the "tale as old as time" holds up beautifully. I was waiting to see what the much-hyped "gay moments' would entail. As I suspected, they were only mildly suggestive and will fly over a young child's head. Now can we all just agree that "gay is good" and move on with our lives? I'm weary of having sexual orientation shoved in my face at every entertainment turn. Other than that, this is an exquisite production that will be a classic favorite for years to come.
Posted by Kathy Carroll at 8:54 PM 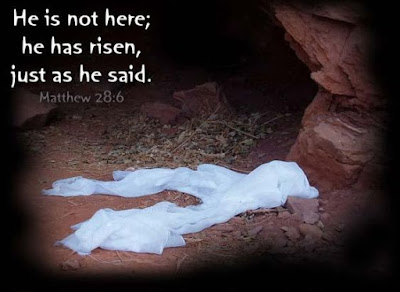 Posted by Kathy Carroll at 1:12 PM

"The Incoming Roar" by Mark Steyn is an important article, quite sobering reading because it is so bluntly accurate. I don't know what it will take for Western civilization (such as it is) to wake up to the ominous reality we are facing.

Posted by Kathy Carroll at 7:23 PM

The Democrats and the dinosaur media hate him with almost hysterical fury, but the man knows how to make a decision. President Trump wasted little time in sending a strong message to Syria's master butcher Assad that formerly symbolic "red lines" are now very real and are to be crossed at one's own peril.

It's not like the world is becoming any safer as the free world watches and waits in vain for the bad actors to improve. Speaking as just one American, I'm grateful. I'll take decisive action over a lofty lecture any day of the week. The strike on Syria's air fields was a game changer; any leader who may have been considering challenging Trump's presidency--or attacking the United States--now has reason to pause for long thought. Finally, a president who isn't afraid to act instead of talk.
Posted by Kathy Carroll at 9:35 PM

I'm entirely sick of the news of the day;

I wish it would all just go quickly away.
I'm tired of Russia, I'm weary of Putin,
Now we hear Susan Rice has been snoopin'
The media spins and twists so well, Trump is the worst of the world, so they tell--
But Assad and Kim Jong create living hell,
So how do we deal with the "woe-is-us" theme?
Nothing is ever the way it may seem.
If news that we're hearing today is all "fake"
Then hearing or watching it is a mistake.
It's time to tune out and read a good book--
I'll watch news again when it's worth half a look.