It's Not for Them to Say

Distrust naturally creates distrust, and by nothing is good will and kind conduct more speedily changed.
― John Jay, The Federalist Papers

I'm watching with increasing incredulity as one elite after another pronounces, in one form or another, that it's time for Trump to go. Actor Robert DeNiro, that erudite expert of vocal expression, and politician Bernie Sanders, the Marxist wannabe presidential candidate, are just two examples of the flat-out "throw him out" mentality.

And we shouldn't overlook that master of improvisational theatre, Representative Adam Schiff, who has called for the president's resignation. Now that certainly would make things easier for the Trump haters, wouldn't it? The pathetic crop of Democratic (read "Socialist") candidates fuels their desperation. They are increasingly terrified that Donald Trump might--just maybe, quite possibly--win a second term.

But shouldn't that be up to the voters?

Never mind that there's a presidential election next year, in which "We the People" will have the opportunity to vote for a different president--if we so choose. No, our privileged cultural rulers have proclaimed that we don't have time to wait for such niceties as elections. According to them, their say-so should be good enough to rid the country of the rightfully elected president, the rule of law and the voters all be damned.

Where is the outrage over this planned coup d'état? The Founders are spinning in their graves.

Posted by Kathy Carroll at 3:28 PM


So fearful are Dems of next year,

That Trump's second term is too near;

They can't let him win,

And so they must spin

"Impeachment" 'til he's out of here.

Posted by Kathy Carroll at 8:06 PM

So apparently it's not enough to have our own puffball politicians, media talking heads, know-it-all university professors, and clueless Hollywood celebrities telling us how to live our lives. Now we also need to put up with a snot-nosed Swedish teenaged brat lecturing us about how terribly destructive we are?

I don't think so, sweet pea. You should've stopped your snarling at "This is all wrong. I shouldn't be up here. I should be back in school..."--three totally correct statements--and sailed back to your Swedish indoctrination camp.

I've been reading about the coming global apocalypse since 1970. By the way, we were all supposed to be dead by now. Yet despite our poisoned air, the doomsayers seem to be quite well and capable of complaining nonstop, often at the top of their climate-damaged lungs.

Don't take my word for it. Read "Epic Fail" in the Federalist, which will walk you through seven failed environmental predictions. Also check out ten of Al Gore's dire predictions that never happened. Yes, that Al Gore--the godfather of climate change (formerly global warming).

I don't know if it's because of the recurring idiocy surrounding us, but I'm feeling like a renegade tonight. A few mortal sins against the totalitarian climate controllers are in order. I think I'll go screw in a couple of incandescent lightbulbs (there's some contraband in the garage), then I'll let the water run while I brush my teeth. After that, I'll toss in a load of laundry during peak hours. When I'm all done running amuck, I'll drink a nightcap through a plastic straw and throw it away in the trash can--not the recycle bin.

I learned several decades before you were born, dyra barn: If you're going to go wild, go big.

Posted by Kathy Carroll at 8:18 PM

President Trump was in San Diego today. There was a lot of coverage of the president's visit in local media.

One radio commentator I listen to on my evening commute had attended the president's fundraising luncheon at the U.S. Grant Hotel in downtown San Diego. Having just been in Los Angeles, one of the stories President Trump told the luncheon guests was about the Beverly Hills voters who today all profess to despise Donald Trump. Yet Trump won a healthy chunk of Beverly Hills in the 2016 election. When Beverly Hills residents are asked how they voted in 2016, their answer usually is "none of your business."

"I got 100% of the 'none of your business' vote," joked the president. It's true, and it didn't happen only in tony Los Angeles suburbs. I know many people who will never say publicly how they voted, but I'm fairly certain they voted for President Trump. Secrecy is the hallmark of the Trump voter; that's what makes the 2020 election such a wildcard. There is simply no scientific way to project how people are going to vote.

As election season draws near, pollsters need to beware. If voters tell you that they're "thinking about it," or they "haven't decided yet," or worst of all--that "it's none of your business"--they're probably in Trump's column. That's what happened in 2016, and I suspect it will happen again.

Just why is the president coming to California? With statewide politics being the hot mess that they are today, I'm will to wager that even this bluest of blue states is in play.

Posted by Kathy Carroll at 9:28 PM

"Just take those all records off the shelf
I'll sit and listen to 'em by myself"
- G. Jackson, T. Jones - sung by Bob Seger

I watched bits and pieces of the Democratic presidential debate a few nights ago--bits and pieces being the operative phrase. If there was a coherent strategy for future policy offered by any of the participants, I missed it.

But I happened to be watching when former VP Joe Biden advised parents to play "the record player" to increase children's vocabulary. Perhaps that's good advice; right there, "record player" is a term that kids today would need to learn. It could double as a history lesson, leading to a discussion of leisure listening habits in the golden days of yore.


Of course, Twitter was on fire with comments and wisecracks about Biden's unfortunate reference to the turntables of old. My laugh-out-loud moment came when I saw the tweet appearing below:

Nothing against the former vice president; how could you not like "Uncle Joe" Biden? But I think he'll have lots of time to devote to his record collection after the Democratic convention next year. 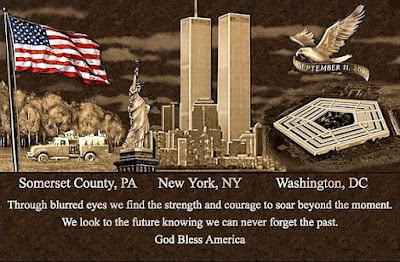 Posted by Kathy Carroll at 6:43 PM 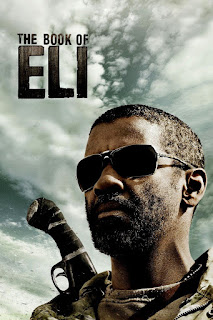 I was hunting for a movie to watch last night. Is it just me, or is Netflix charging more money for less content? After about fifteen minutes of scrolling in vain to find a decent show, I retreated to the "Search" feature and looked up my favorite actor, Denzel Washington.

There it was, from 2010, one of my favorites from my favorite--The Book of Eli. If you haven't seen it, I recommend it. It's the story of a lone road warrior in a post-apocalyptic world who believes he is called to preserve the Bible from extinction. The scenery is grim, the action is violent, and the story is riveting. Even knowing the ending--which, as a repeat viewer, I did--it's a fast-moving two hours.

In Hollywood's golden age, the renowned director Frank Capra cast James Stewart (another of my favorite actors) in the leading role in such classic films as Mr. Smith Goes to Washington and It's a Wonderful Life.  I'm paraphrasing, but Capra once said in an interview that Stewart had the ability to make the viewer believe that the action was happening at that moment, on the screen.

I agree with Capra about James Stewart. For our current times, I would choose Denzel Washington as the actor most gifted with the ability to convey that rare sense of presence. A quote often attributed to screen great Spencer Tracy says it this way: "Acting is fine. Just don't get caught at it." In my opinion, Denzel Washington never does.

Posted by Kathy Carroll at 9:07 AM

The End of Summer

It doesn't really matter what the calendar says or what the weather does; Labor Day weekend marks the end of summer. I've seen a lot of summers in my life, and their conclusions all share certain commonalities.


Below are a few I always notice:
Even in sunny Southern California, the seasons wax and wane. Bidding farewell to summer is always one of the year's most wistful moments. 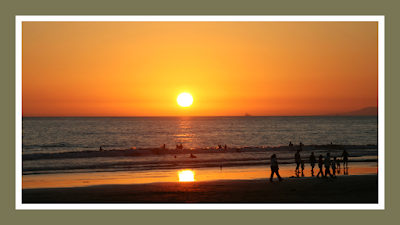 Posted by Kathy Carroll at 5:48 PM