I don't often go to the theatre to see movies anymore. Considering the prices these days, there isn't much playing that's worth the expense of a trip to the multiplex. But based on word-of-mouth and reviews I've read, I decided to make the investment for the World War I story, 1917. It was time and money well spent.

The film is visually captivating from the start. The viewer follows two soldiers throughout their dangerous mission of carrying an urgent message to another commander, across enemy territory, to halt a planned offense. The advancing 1,600 troops would unknowingly charge into a trap; among them is one of the messenger's brother.

The movie is filmed brilliantly as two takes; there are no scenes flashing to other parts of the plot. The two soldiers are the plot, and as the camera follows their perilous journey in one long motion, the suspense builds almost unbearably. About halfway through the film, there is a pivotal moment that opens into the second take. From that point on, viewers travel the race against time to its dramatic conclusion in another unbroken length of film.

War movies are not for everyone. If they are of good quality, I like to watch them. You can observe the very best attributes and the very worst deficiencies of humanity in a well-made war film. In war, the deepest evil and the greatest good in people is on full display. 1917 runs the gamut and leaves the viewer feeling drained and thoughtful. Watching courage and dedication persevere in such horrific circumstances has the power to remind us all what heights of virtue might lie within.

Posted by Kathy Carroll at 4:51 PM

I have fought the good fight, I have finished the race, I have kept the faith.
~ 2 Timothy 4:7

There were five brothers, and they left this world in age order.

My father was the second brother. The eldest died young, as a firefighter in the line of duty. There were four brothers then for many years, geographically far flung but close in spirit. They had lost their father, also a firefighter, as young boys. Although their reunions were rare, the bonds of love and shared sorrow among these brothers were deep. Despite the tragedies in their lives, they were far from doleful; in fact, they were all quite fun-loving and filled with good humor. Each of them was smart, handsome, well educated, and blessed with strong faith.

All of these brothers had their struggles, particularly against alcohol and nicotine. Some of them were more successful than others in battling their demons. Yet they were all good men who endured.

Thirty years after the tragic accident that took his older brother, my father followed him in death. He was 70 years old. Then, a decade later, Uncle Kieran died at age 78. Five years ago, Uncle Joe passed away at age 90. Last night, the youngest brother, my Uncle Frank, died at age 93.

Joe and Frank had been aged ten and eight, respectively, when their fireman father died in the line of duty; such a grievous loss leaves a lifetime mark. I spoke with Uncle Frank after Joe, his only surviving brother, had died. Frank was 88 years old at the time, and he told me "Now I'm really an orphan; they've all left me."

"But Uncle Frank, someone needs to turn out the lights and close the door," I said. "Just think, they'll all be waiting for you." He chuckled at that, sounding so much like my father that tears stung my eyes.

Last night, the lights dimmed and the door shut as an entire family stepped into history. I'm listening to echoes from my early childhood of rich baritones tossing quick-witted jokes and laughing heartily around my grandmother's dining room table. I can hear the smart slap of playing cards being dealt, the tinny clink of coins, see the golden flash of beer glasses and the silver curls of cigarette smoke. The joy these brothers found in each other's company was obvious, even to a little girl.

My Uncle Frank, left fatherless at age eight, has gone home to both of his parents and all of his brothers. He is an orphan no more.

As Secretary of State Mike Pompeo explained on Fox News today, There will be no "pallets of cash" going to placate Iranian mullahs under the Trump administration. Pompeo also mentioned that it's time for Obama officials to "get off the stage." Oh, yes.

Whatever happens next, Iran must understand it's dealing with a very different leader in Washington D.C. now. The first drone strike illustrated that fact quite clearly; the second strike underscores it.

Iranians are celebrating and thanking President Trump online. Don't take my word for it; visit #TnxPOTUS4soleimani on Twitter. You'll see quite an outpouring of gratitude to our president. 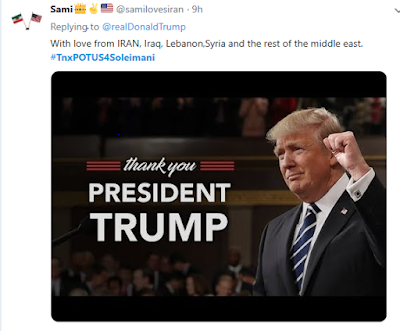 Posted by Kathy Carroll at 6:17 PM

We are two days into our brand new year, traditionally considered a time for fresh starts and clean slates. Were you perhaps hoping for a more honest and forthright news media? Sadly, I think we can expect only more of the same agenda "journalism" we suffered through last year.

These are undoubtedly impressive numbers. They are well worth publicizing. Curiously, though, there has been hardly a whisper on the airwaves of the $46 million raised in the fourth quarter by none other than President Donald Trump. Another fun fact: the president already has $100 million in the bank for his campaign. While all this reality is begrudgingly acknowledged in print, it's hard to find a television news anchor willing to state those facts and to do so without choking.

In spite of relentless hatred and sustained opposition, the list of Trump's accomplishments since his election to the presidency is long and comprehensive. Yes, his tweets are annoying, but most Americans who are reaping the economic benefits of the past three years are willing to tune them out and focus on his achievements. Trump is results-oriented, and he is delivering. Despite the naysayers who predicted economic Armageddon with Trump as president, the national economy is roaring, the stock market is soaring, jobs are plentiful, taxes are lower, government regulations are fewer. Barring an unforeseen catastrophe, I agree with Victor Davis Hanson that the president will be reelected.

Of course, outside events can change any scenario quickly; but I, for one, am not looking for trouble during the brightest moment this country has enjoyed in half a century.

Reasoning for the Season

And the Word became flesh and dwelt among us

“I am trying here to prevent anyone saying the really foolish thing that people often say about Him: I’m ready to accept Jesus as a great moral teacher, but I don’t accept his claim to be God. That is the one thing we must not say. A man who was merely a man and said the sort of things Jesus said would not be a great moral teacher. He would either be a lunatic — on the level with the man who says he is a poached egg — or else he would be the Devil of Hell. You must make your choice. Either this man was, and is, the Son of God, or else a madman or something worse. You can shut him up for a fool, you can spit at him and kill him as a demon or you can fall at his feet and call him Lord and God, but let us not come with any patronizing nonsense about his being a great human teacher. He has not left that open to us. He did not intend to.”

Posted by Kathy Carroll at 9:27 PM

It feels like Christmas has snuck up on us this year. Not only is it awkwardly placed smack in the middle of the week, but it follows a late Thanksgiving that prompted "Cyber Monday" falling a mere three weeks before Christmas Eve. So I doubt I'm the only one who's been chasing my tail all through December.

Today, at last, I'm done--shopping, at least. Now the gift-wrapping marathon yawns before me. Since I usually start buying gift items in August and squirreling them away, I'm usually shocked by the volume of boxes and bags that await my attention. Armed with Advil and a couple of wrist braces, I'm confident I'll power through in time for the big day.

So what's been going on this month in Washington D.C.? Not much worth mentioning, in my humble opinion. It's Christmas time; let's focus on the positive. If I had to choose one topic as happy news from our nation's capital, I'd nominate the exquisite White House Christmas decorations--for which Melania Trump, who oversaw every detail, will get nary a kind word from the alphabet media. However, I think the décor is beautiful and classy, just like the First Lady.

As someone who has a life goal of becoming merely bi-lingual, I've always been awed by fact that the First Lady speaks five languages. I'll bet all her gift wrapping is finished, too.

O hear us when we cry to thee,
for those in peril on the sea.

Today, the 78th anniversary of the Japanese attack on Pearl Harbor, the last survivor who will be interred inside the hull of the U.S.S. Arizona will be laid to rest.

There are three other Arizona survivors who have chosen to be buried with their families when they pass away. So today's burial aboard the U.S.S. Arizona of sailor Lauren Bruner, who was 21 years old at the time of the attack, will end this poignant tradition in American history.

Here he lies where he long'd to be;
Home is the sailor, home from the sea
~ Requiem, by R.L. Stevenson 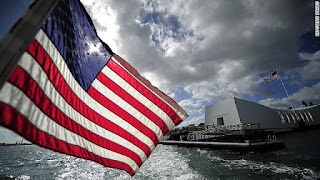 Posted by Kathy Carroll at 8:31 AM 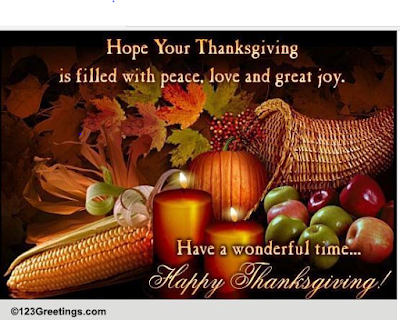 Posted by Kathy Carroll at 8:09 PM

While there is still time. 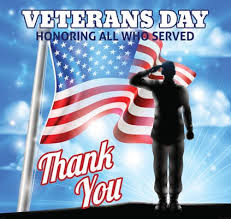 Posted by Kathy Carroll at 7:02 AM