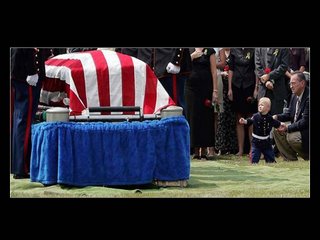 "...I scratch my head when so many back home are unable to make the moral distinction between the ideology that gave birth to the greatest country on Earth and the ideology of our enemy in Iraq. I am sometimes fearful that this moral blindness may one day lead to the downfall of our republic. I only hope I'm wrong.

Let me mention one other thing. When we lose one of our brave Americans, before their bodies are carefully loaded on a C-130 aircraft for transport home, an e-mail goes out for volunteers to serve as the honor guard. Along with the members of his unit, volunteers have the privilege of assisting with the conveyance of the flag-draped casket. It typically happens late at night, on the flight line, with the C-130's rear platform lowered and the engines off. Unless you respond immediately to the e-mail, many others beat you to the chance.

As the supervisor of flying the other night, I was able to witness the ceremony. The silence was deafening, the precision was astounding, and the reverence and veneration were complete. I was moved beyond words. I wept openly. Our soldiers are sacrificing to build a strong democratic Iraq and to help ensure the security of all Americans."

HT to HH for the Inquirer link. Thanks again, Rick, for sending the "Best of 2005" photos.
Posted by Kathy Carroll at 1:32 PM