Thoughts on the Seventh Soldier 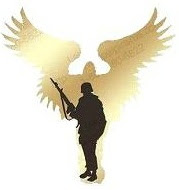 
The thoughtful among us will want to read every word of Hanson's article, "Freedom, Even from Fear." It is regrettably true that today's soldiers are the forgotten warriors of a spoiled and pampered American population.

I certainly count myself among the guilty. How often do I think about those who "preserve, protect, and defend" us as I flit casually about my daily business? Even volunteering as a Soldiers' Angel seems a weak return for what our armed services give for us.

As long-time readers know, I've been a Soldiers' Angel since early 2004. This, I feel, is the very least I can do to honor the service of our troops. Last week, after learning that my sixth soldier was safely on his way home, I signed up to adopt my seventh troop.

The e-mail I received with his mailing information contained a message from him, saying he would like to receive "beef jerky, sunflower seeds, playing cards." As is usual for all the troops I have supported over the years, he thanked me.

Think about that for a moment. He thanked me. "Thank you for all you do," he wrote. What exactly do I do, except live my life in secure comfort and freedom because of him and every other member of the military?

How do we rate such outstanding people in our military? It never ceases to amaze me. As Victor Davis Hanson concludes:

We should remember on this Veterans Day that some very young people — with long futures, in the prime of health, and at the center of their families — died for the rest of us. They lost their lives not just for us to watch an OJ outburst in Vegas or American Idol, but for the idea that we — most often not so young, not so hale, and not with such bright futures as our soldiers — could be free at their expense; free, not merely from being conquered or enslaved, but free from the very thought of it.

Freedom from fear. The asking price, from my seventh soldier, is a deck of cards, a package of beef jerky, and a bag of sunflower seeds. Only in America would you get such a deal of immeasurable worth.

Posted by Kathy Carroll at 5:25 PM