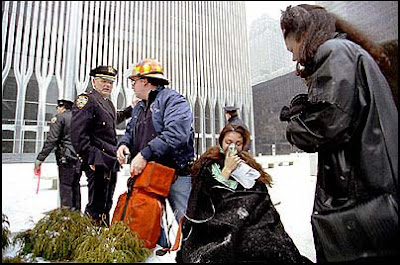 The Islamo-fascist war against the U.S.A. has been going on for a very long time. It's frightening that so many of us don't understand it.

It's downright terrifying that one presidential candidate in particular wants to sit down and chat with these butchers.

To quote from the conclusion of Andrew McCarthy's bone-chilling article:

"That they would learn from their errors faster than we from ours is now clear. In truth, it was clear then. On the hard drive of Nidal Ayyad, one of the bombers arrested in early March 1993, the FBI recovered a claim-of-responsibility letter. It is even more chilling today than it was all
those years ago:

'We are, the Liberation Army fifth battalion, again. Unfortunately, our
calculations were not very accurate this time. However, we promise you that next time it will be very precise and World Trade Center will continue to be one [of] our targets unless our demands have been met. '

Posted by Kathy Carroll at 7:27 PM