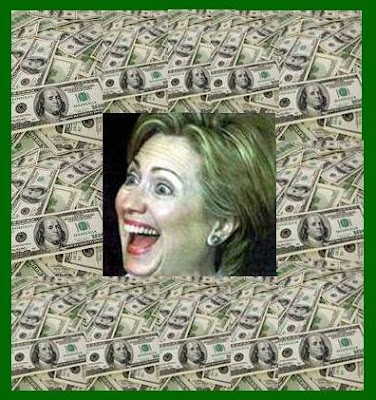 Pardon the pun, but that's rich.

According to Hillary Clinton, George W. Bush is such a screw-up that even the Clintons' enormous wealth is all his fault!

Newsflash to the Clintons: the Federal government accepts personal checks. If you're so upset with the amount of money you're making, go ahead and donate some back to the U.S. Treasury. Earmark it for the universal health insurance you've vowed to give every American when you're president. In the meantime, just for appearances until the election, you might want to pay the healthcare premiums for your campaign workers.

Posted by Kathy Carroll at 7:23 PM