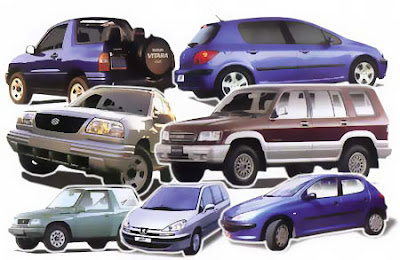 I have owned/driven only two vehicles since 1979.

When I began shopping for a new car last month ago, I remembered why.

It is a place of unique torment, becoming a car shopper. Even in these troubled economic times, most dealers will try to haggle every last dime out of the deal. Perhaps it's worse nowadays, since the dealerships are so hungry for customers.

Holy shock absorbers, what a nuisance! Under the current grim circumstances in the auto industry, you would think dealers would try not to be so annoying, but I suppose they can't help themselves.

Since I make the decision for this major purchase only once every fifteen years, I tend to do my research well in advance, figure my budget to the dollar, and know exactly what I'm looking for. However, nothing has changed for the better in the automotive sales world since my last purchase, in 1993. The straightforward communication of facts is meaningless to a salivating car sales rep.

It was as though I was speaking an ancient dead language, and I'm the only person left in the world who understands it. I suppose that was fair, since salesmen quickly discovered that the words "for only one thousand more" were not computing with me.

Even though I explained that I have a blank check from my bank, "not to exceed" a certain amount, eager dealers tried to tack on extra charges. I also received "urgent" phone messages in my blackberry--on Saturday morning. Shame on me for being foolish enough to hand out my business cards, but it made sense to me that the dealers should be able to reach me during the workday. Saturday is not a workday for me, but apparently that fact is irrelevant to a car dealer intent on strapping me into one of his orphaned inventory.

Today, I made my decision and emerged from automotive purgatory into the serenity of new car ownership. Well, new to me, anyway; after driving a 1993 Saturn all these years, a 2005 "pre-owned" car sure feels new. I saw; I liked; I bought (after a test drive, of course). I'm going to collect my used car--excuse me, I mean my "pre-owned vehicle"--tomorrow.

After my experiences of the past month, I'm quite sure I'll be good to go for another fifteen years. I bought a Honda Civic with low mileage, so a decade-and-a-half should be no problemo.
Posted by Kathy Carroll at 1:53 PM