"There are more things in heaven and earth...than are dreamt of in your philosophy."
~ William Shakespeare

Neutrinos, tiny particles of universal matter, have shaken up the scientific world. In one recent experiment, neutrinos seemed to move faster than the speed of light.

As one might imagine, this has world scientists in a bit of a tizzy. For all the tired memes about established religion being stodgy and unwilling to accept new ideas, nobody can dig in on traditional dogma like a scientist defending the status quo.

For example, take the declaration that "the science is settled" regarding global warming. That statement in itself is anti-scientific, and no true scientist would say such a thing. Science is never settled. Remember when Pluto was a planet? There are always new discoveries to be made. If you believe in settled science, you may as well throw in for the tooth fairy.

Imagine, the tiny little neutrino, causing all this fuss. Just more proof that, by its very nature, science will always be full of surprises.
Posted by Kathy Carroll at 8:11 AM

Posted by Kathy Carroll at 6:08 PM 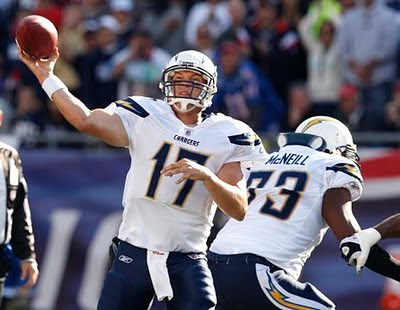 Between the consistently disappointing performances of the San Diego Padres baseball and San Diego Chargers football teams, any American sports fan would find this town to be a sad and frustrating place.
While watching either hapless team, one feels a growing sense of dread and impending disaster. I find the experience of watching a San Diego game eerily similar to viewing a speech by President Obama. In either situation--watching one of my hometown teams trying to win a game or watching the president struggling to sell tax hikes--I know upfront that it's going to be a long, drawn-out, unpleasant ordeal that repeats numerous previous mistakes and leads to the same unsatisfactory conclusion.
It seems that none of them--the Padres, the Chargers, or the president--ever seems to learn their lessons.
Photo: AP, Charles Krupa
Posted by Kathy Carroll at 5:09 PM

Posted by Kathy Carroll at 8:19 AM 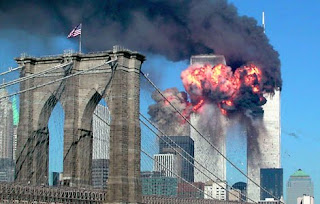 Southern California had a massive electrical power failure yesterday at 3:40 p.m. As I stood with my evacuated colleagues outside our office building, word spread within a few minutes that the blackout extended from Orange County to Ensenada, Mexico, and from Yuma, Arizona to Coronado Island.
Many of us shared the same thought. It was a thought that probably wouldn't have occurred to any American ten years ago. We suspected the power failure was a terrorist attack.
Employees were told to go home just before 4:00 p.m. On the chaotic, often gridlocked drive home, I listened to the emergency radio coverage and heard the first press conference. Almost immediately, reporters asked about possible terrorism. The SDG&E official would not rule it out, but said there was "nothing to indicate" a terrorist attack. However, at that time he had no reason yet to offer for the blackout. The follow-up question posed by the next reporter was, "If you don't know what it is, how can you rule out terrorism?"
It was a good question, and an obvious one. Since September 11, 2001, we live different lives. The automatic trust, goodwill, and acceptance that was the hallmark of the average American has checks and balances built into it now. We live on guard. A headscarf in the grocery store could mean a suicide bomber. An unfamiliar truck parked across the street raises suspicion. Crowded malls or public events can evoke an uneasy feeling of vulnerability. In short, through the horrific series of events that has come to be called simply "9/11," our innocence as a people was destroyed.
The official word now is that it was not terrorism that caused our blackout in California yesterday. But the ever-present possibility, even probability, of that eventuality keeps the question in the forefront of our minds. We can no longer avoid the constant trepidation of unexpected evil befalling us, not when the formerly mundane process of checking in at the airport now resembles being herded into a concentration camp.
There has been almost constant media attention to 9/11 for the past week. It is two days before the actual ten-year anniversary, so we have not even approached the crescendo of coverage. It is to be expected, and I'm sure I'll watch a good deal of it. As evil as 9/11 was, as sad and furious as it made me, as much as it changed as our nation, I'm proud of how America has risen above the ash and smoke of that terrible day. I'm proud of all our military men and women who are committed to protecting us. I honor all our citizens who died that day and all who have died since in the defense of our country. I respectfully acknowledge all Americans who have worked tirelessly throughout the past decade to rebuild and renew both our scarred landscape and our wounded spirit.
On the tenth annual commemoration of 9/11, I salute and give a grateful shout-out to the U.S.A. Through blood, sweat, fire, and tears, we've earned it. God knows, we've earned it.
...On I walked
In thankful blessedness, which yet survives.
~ William Wordsworth
Posted by Kathy Carroll at 11:04 AM 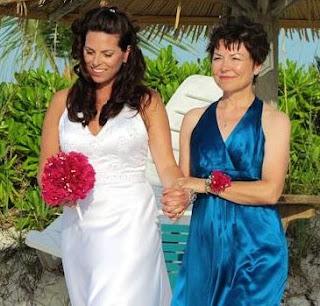 With that harbinger of fall, Labor Day weekend, upon us, I take a fleeting moment to reflect on the highs and lows of summer. My daughter got married, bringing family and friends together in joy on an island paradise. Within days of the celebration, my uncle died and brought family together again, this time in sadness in my childhood home. In the midst of my all flights between California and the East Coast for these two dramatically opposite occasions, I began a career transition.

There’s a new patio surrounding my home since the start of summer. As much as my resultant diminished budget will allow, I’ve socialized with friends, gone to lunch and dinner, been to a few movies. I’ve enjoyed the outdoors, read half a dozen books and cleaned out one closet (five more to go), so I feel reasonably productive. Today would have been my 39th wedding anniversary, so I also feel correspondingly old.

The end of summer always brings a unique wistfulness and an awareness of time passing. The calendar is propelling us towards the holiday season, which concludes with the start of a new year. We’ll all be another year older, perhaps wiser, and already anticipating the arrival of next summer—whatever joys or sorrows it may bring.
Posted by Kathy Carroll at 10:40 AM

"Stupid is as stupid does.”
- Forrest Gump

President Obama is often touted by his ever-diminishing hoard of admirers as intellectually brilliant. Personally, I have never noticed any evidence of his purportedly awesome brain power, perhaps underscoring the fact that I’m too ignorant and stupid to appreciate his greatness. (Obama would certainly think so.) However, an increasing number of reasonably intelligent observers are voicing doubts about how truly smart the current president really is.

Think about it. Here is a man who doggedly insists and appears totally convinced that he has improved the economy. “Sunburned,” the story of a bankrupt solar panel company, tells a different tale. Here was a trendy green jobs operation that should have been roaring hot, buttressed by Obama loan guarantees (read “your tax dollars”), but it went down and took over one thousand American jobs with it. And that’s just a random sample from the Obamanomics files.

Now that his island resort vacation has concluded, Obama is itching to present his “urgent” jobs message. Always forgetting that he is not the king, only the president, Obama invited himself to address a joint session of Congress on a night he knew full well the constitutionally co-equal legislative branch of government would find inconvenient. Congress declined, so the president’s “major” speech (aren’t they all?) was rescheduled to football night.

Oh, what to watch on the evening of September 8? Rarely are Americans faced with such a challenging decision.

Watching the president, one must be prepared to hear a number of stock phrases rearranged for current impact. Obama will talk about “corporate jets” (without mentioning Air Force One), “fat cats” (with no reference to his 2008 campaign contributors), “a balanced approach,” “problems inherited,” and “obstructionists in Congress.” He’ll take credit for killing Osama bin Laden (again) and probably for lessening Hurricane Irene’s impact (is the planet healing yet?). And he’ll be supremely confident that on the night he speaks, the entire country will be sitting on the edge of their sofas, holding their collective breath in anticipation, ignoring the pretzels on the coffee table, gripping beer cans in hand.

He’ll be right about that last part, except the overwhelming majority of American TV viewers won't be in that hyper-attentive pose until his speech is over and they're watching the Saints-Packers game. It now appears that the president has been rescued by the NFL and NBC from conflicting with the kick-off. He will instead step all over the pre-game coverage. Now I ask you, is that smart?
Posted by Kathy Carroll at 9:35 AM