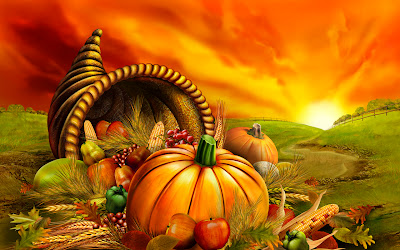 Offer to God thanksgiving...
Posted by Kathy Carroll at 6:49 PM

As we enter the holiday season, please remember our heroes serving overseas. Visit Soldiers' Angels website to learn the many ways you can express your appreciation to one of our troops.
We don't hear much about the war today, but the members of the military who are fighting it still need our support. This week, as we celebrate freedom as one of our many blessings, we should pause to offer thanks for every man and woman serving in our U.S. Armed Forces.
Posted by Kathy Carroll at 1:18 PM 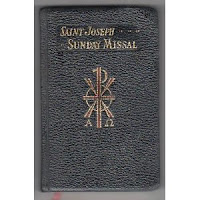 The Catholic Church has a lot going on lately. For one thing, it's got a television mini-series this month. It looks like quite an involved production. I'm looking forward to watching "Catholicism" on PBS, which is a noble film-making effort that traces the history of the church. But wait, there's more.
The last Sunday in November, the Catholic Church will implement the third translation of the Roman missal. This has been a huge happening. Catholic parishes across the country have had their congregations "practicing" for months, learning the new translations of the ancient prayers said during Mass. The new translation is promised to be "more true to the original Latin."
Really? No kidding. I recognized the "new" verbiage immediately. All I had to do was open the St. Joseph Sunday Missal I received from my parents when I was in grade school; it was published in 1960. On the left side of each page appears the Latin prayer. On the right side, there's the English translation--and with very few exceptions, it's verbatim to the "new" translation being implemented this month.
So what's up? I'm no religious expert, but I think the Catholic Church took its eye off the ball forty years ago, when it "modernized" the Gospel and prayer translations for the interactive Mass. I remember my poor Dad was beside himself at the changes. He felt the trendy wording was a desecration and lost heart for going to church. And now, it turns out that father knew best. The Church is going back to the wording it used over fifty years ago.
My parish bulletin this week noted that, in our faith, Catholics accept that "these changes are inspired by the Holy Spirit." Yes, of course I accept that. But I can't help wondering if Dad had something to do with this...
(If the church starts talking about a return to the Latin Mass, I'll know for sure.)
Posted by Kathy Carroll at 6:54 PM

With Thanks to Veterans

Happy Veterans Day to all the U.S. military veterans in my life, and thank you for your service.
U.S. Army: my friends Skip and Sgt. Kent
U.S. Marines: my brother Jim, my friends Bud, Robert, and Jimmy
U.S. Navy: my brother Ken, my friends Dave, Dwight, and Rick
To all my troops that I have supported through Soldiers' Angels, to all our troops deployed throughout the world, and to all those veterans who have served in the past ~ we would not be the great country we are without your courage and dedication.
THANK YOU!
Image: The Woodland Group
Posted by Kathy Carroll at 7:35 PM

I remember when President Nixon claimed “executive privilege” over information relating to the Watergate scandal and refused to answer questions about the eighteen minutes gone missing from Oval Office tapes, among other negative situations.

The MSM was practically hysterical with outrage. Dan Rather, that bastion of journalistic integrity, led the media hordes in demanding an explanation. The chorus of feverish indignation was everywhere—in the newspaper headlines, on television news, in Congress. After months of non-stop media coverage, the beleaguered Nixon was forced to resign from office.

How times have changed.

Today we have a president invoking executive privilege by refusing to release documents that have been subpoenaed by House of Representatives Republicans in an investigation of the Solyndra scandal, which wasted over half a billion dollars of taxpayer money. The President of the United States is “not expected to comply,” according to The Hill.

You’d think that might be a big story, wouldn’t you? So, what are today’s headlines?

Well, let’s see. On Google News, the top story is that Michael Jackson’s doctor has been convicted of involuntary manslaughter, a decision evidently so vital to our national interest that it leads the news. Another woman has stepped forward to accuse Herman Cain of sexual harassment, a predictable development that must have enormous influence on the urgent issues of our day. Justin Bieber will take a paternity test--gee, that’s a load off my mind. An asteroid will pass close to Earth tomorrow. Stocks are up a bit. Obama would beat a GOP opponent, according to an NBC poll, which reminds me why I watch cable news.

Solyndra? Hmmm. Nope, don’t see it. Let’s enter it as a search word, shall we? Ah yes, here we go. There’s a link to NY Times Paul Krugman calling Solyndra “a victim of success.” Even for Krugman, that’s a stretch. There is also news on the Solyndra inventory items being sold at auction and articles decrying “Solar Under Siege.”

I see nothing further about the president refusing to produce subpoenaed documents. What a surprise.

But wait! At the very bottom of the page of search results, there’s a link to a poll showing 63% of Americans think the White House should comply with the House request. Well, duh.

Wasn’t this going to be “the most open and transparent” administration in history? Good luck with that. I, for one, am waiting for next year with great “hope” that a gigantic “change” is coming on Election Day.

Posted by Kathy Carroll at 7:40 PM

The Surprises of Trust 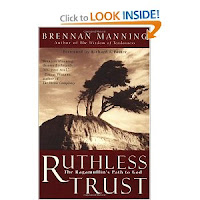 I'm currently reading a book that a coworker loaned to me. He is a spiritual guy, and often when he finds a book that touches his soul, he asks me to read it, too, so we can talk about it.
The book is Ruthless Trust: The Ragamuffin's Path to God, by Brennan Manning. It's a short book, less than two hundred pages, but it's very profound in presenting the premise that trust in God is the key to a happy life.
As I read, there have been a couple of surprises. In the early pages, I learned that the author attended seminary at my college. Since my school was a tiny Catholic institution tucked far away in rural mountains, that was somewhat startling. I'm in Chapter 10 now, which includes an excerpt from another book, Balancing Heaven and Earth by Robert Johnson.
It's the story of a monk who had been a tumbler in the circus before he joined the monastery. He was treated as a misfit by his fellow monks. As soon as I read this description, I recognized and remembered the story. My father had told me this tale as a bedtime story when I was a child.
The outcast monk was excluded from many of the formal ceremonies in the monastery. So each week during high mass, he would descend to the basement crypt, where there stood a statue of the Blessed Mother. Standing before the Virgin's statue, the monk would perform his circus act. It was his only talent and all he had to offer.
One of the other monks grew suspicious and one night followed him to the crypt to watch. He then informed the monastery's abbot and brought him to witness the next week. The two observers saw that at the end of the act, the Blessed Mother's statue came to life. She stepped down and blessed the monk. The stunned abbot turned to the informer and said, "More real worship goes on here than takes place upstairs."
Of course, Dad's retelling was a bit more dramatic. In my bedtime story, the tumbler became a juggler monk. He was struggling valiantly to complete his juggling act with perspiration flowing into his eyes, making it difficult for him to see. The Virgin, when she stepped down, took her mantle and wiped his brow so that he could finish successfully. Perhaps my father took dramatic license so that a four-year-old would remember the story more than half a century later. Well, what do you know, Dad--it worked.
So in reading this little book about trusting God, with a couple of chapters still ahead, I've had two very personal surprises. C.S. Lewis writes about being Surprised by Joy. Fair enough, but I think someone is trying to tell me that trust can be equally surprising.
Posted by Kathy Carroll at 7:49 AM

One of the Best 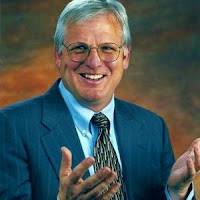 We all have our favorites among the many different people who cross our paths as we journey through life. At the top of my list is Bill Huse.
I worked at Bill's biotech company many years ago, at the time my husband was first hospitalized with cancer. That year was very hard, but it would have been even more difficult without Bill. Each day, when I returned from my lunch break, Bill would stop by my desk to ask, "How's Pete?" I would launch into the medical crisis of the day. This busy MD-PhD-CEO would then take the time to explain what was happening to Pete, why the doctors were doing what they were doing, and what we could expect to happen next. He always used simple language, sometimes drawing diagrams as he talked to help me understand his explanations.
Bill was probably the only true genius I've known. A graduate of M.I.T. and the Albert Einstein School of Medicine, he had also been a neurobiology professor at Yale. He was a scientific inventor with over 50 patents. He could discuss molecular biology and DNA sequencing with the ease I display when talking about my favorite movies. Yet he was completely unpretentious and down-to-earth. You could talk to Bill about anything. His sense of humor was mischievous and delightful and his kindness always close to the surface.
I moved on to many subsequent jobs in my career, but if I had to go back to work for any former boss and could choose which one, it would be Bill Huse.
Today I learned that Bill died in August. Upon reading the news, a heavy sadness settled over me. Although it has been three years since we last spoke, I always think of Bill fondly and with deep gratitude for his thoughtfulness to me at a time of personal crisis.
While we were working together, I once asked Bill if he believed in God. He told me he didn't. That's okay, Bill. I know that God believed in you. Rest in peace, dear friend.
Posted by Kathy Carroll at 7:48 PM