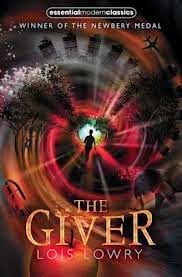 I think there's a message for us about the state of our world when a steady stream of post-apocalyptic stories involving young people battling their cruel, futuristic societies shows up at the movies. The popular Hunger Games franchise, Divergent, and the upcoming The Maze Runner are some prime examples. The movie The Giver, in current release, is yet another.

Without spilling any spoilers, I can only say what you probably already know--The Giver depicts a cold and emotionless future. In this rigidly structured society, there is one person who is selected to carry the memories of human emotion and experience, both good and evil. The Giver passes his ancient knowledge along to the Receiver, who will in turn pass his secrets on to the chosen one of the next generation.

The book The Giver, which predated all of its aforementioned counterparts, was written by Lois Lowry, published in 1993, and is the first of a four-book series. I don't know what took Hollywood so long to get to this one, but it's a shame they waited. By now, the teenaged-hero-saving-the-world meme is somewhat shopworn. Despite a cast that includes Meryl Streep and Jeff Bridges, the box office has been lackluster. I think it's worth a go-see, because The Giver is a really good story. In fact, after seeing the movie, I'd like to read the book.

It is apparent to the viewer that the movie is only skimming the surface of the book's important themes very relevant to our times, such as the intrinsic value of each human life, the deep need for individual and cultural differences, and the consequential choices between good and evil. The film ends rather abruptly, which leaves the audience wondering about a sequel. I hope there is one; I, for one, will see it.