Two NYC police officers sitting in their patrol car in Brooklyn were shot and killed today. I've read over two dozen of the reports flooding onto the Internet, and I can find no mention of race pertaining to either the murdered policemen or to their executioner.

I might well be wrong, you can call me crazy, but the color-neutral media coverage so far leads me to believe that the killer was black and the cops were not. Interestingly, many of today's articles still mention the "white officers" and their chokehold on "black man, Eric Garner." So if the cops had been black and the murderer white, all the news stories would be screaming that fact by now. We'd probably have mobs already forming in the streets.

We'll see how long it takes for personal descriptions to surface in this oddly colorless atrocity.

So here we are. All the media, government, and cultural race agitation has brought us to two slaughtered cops five days before Christmas. I hope Eric Holder, Barack Obama, Al Sharpton, Jesse Jackson, their lapdog media minions, and all of the anarchist demonstrators across the country are satisfied with today's work.

I wonder if the nation's hate-driven dividers ever pause for a moment in pursuing their race-baiting agenda to remember that, regardless of a person's race, everyone's blood is red. 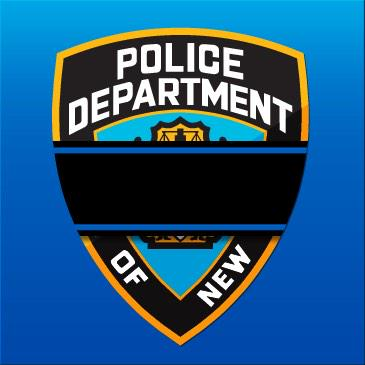