A Gift Taken for Granted


God is our refuge and strength, a very present help in trouble.
~ Psalm 46 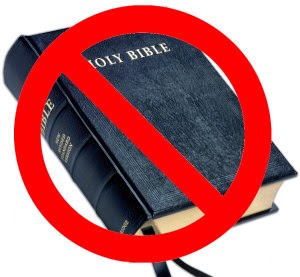 Do you have a Bible in the house? If so, you would be risking your life in over 50 countries. In 2014, persecution of Christians reached the highest level in modern times. You'd have to go back to the Middle Ages to match this kind of pervasive, brutal hostility to a religion.

I still have my college Bible, a required textbook for Theology 101. It's on my bookshelf, complete with yellow highlighted passages and notes in the margins from my preparations for mid-term and final exams. A few years ago, I bought a copy of the complete King James Version (KJV) with Apocrypha (those are the books included in the Catholic Bible, but omitted from Protestant scripture). That Bible is flagged throughout with Post-It notes marking my favorite passages. In my Kindle, I've downloaded three Bibles--the English Standard, New International, and KJV versions. The electronic Bible is so handy (and so economical), there's really no excuse for me anymore; a daily goal (not always successfully met) is to read it for a few minutes each day.

The KJV is my favorite. The language is beautiful and poetic, and you know I'm all about the words. Some scholars believe William Shakespeare worked on it, and I agree. As evidence, please note that Shakespeare was 46 years of age when the King James version of the Bible was released. I now direct you to Psalm 46. At the beginning of the psalm, count forward 46 words--"shake." At the end, count back 46 words--"spear."

Who but Shakespeare could orchestrate that masterful translation?

But back to religious freedom and the increasing worldwide persecution of Christians. Including paper and electronic versions, I own five Bibles. How much trouble would I be facing in over 50 countries?

We take our freedom of religion for granted in the USA. Christians may be derided as "holy rollers" or "Bible thumpers," Bill Maher may take swipes at us on network television, people may scoff at prayerful football players--but we don't have to think twice about reading the Bible or going to church on Sundays. Even if we aren't religious, we should appreciate just how courageous it is to attend Christian services or own a Bible in so many countries.

In North Korea, being a Christian is illegal, and if a person is discovered with a Bible, up to three generations of their family would be executed. That's far beyond harsh punishment. What is North Korea so afraid of? I'd have to say--the Truth.
Posted by Kathy Carroll at 10:00 AM