There are more things in heaven and earth, Horatio,
Than are dreamt of in your philosophy.
~ Hamlet, 1:5 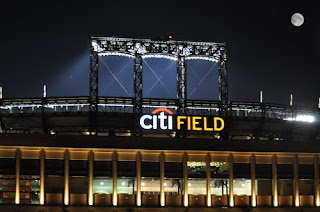 In this World Series, I'm routing for the New York Mets. But the Kansas City Royals are going to win. They just snatched Game 4 away in the final innings after trailing all night.

Of course, the fact is that the Royals are playing smoking hot baseball. They are outplaying the Mets. But for a bit of supernatural insurance on the foregone conclusion, you can't beat two dads and a mom cheering their sons from heaven's front row seats.

Reading Victor Davis Hanson is often a relentlessly grim experience, but the scholar and historian is so knowledgeable and insightful about the times we are living in that his work is always worth reading.

Hanson's recent article, "Is the West Slip, Slip, Slipping Away" is just one standard, sobering example of his wisdom. I only wish more people were paying attention...and learning.

Posted by Kathy Carroll at 8:09 PM

I remember when, according to scientists who study these things, foods like eggs or chocolate were very bad for you. Then, after years of guilt-ridden cholesterol consumption, suddenly these popular food items were blessed by new scientific findings and deemed perfectly consumable in reasonable quantities.

This lazy susan of dangerous food roulette has been spinning for at least fifty years. A certain food or drink is proclaimed evil and destructive by sage researchers--until it's not. The latest dire warning from the scientific know-it-alls is that meat--meat!--is bad for you. No, not merely bad--it's deadly! "Carcinogenic"! As bad as "smoking or asbestos"!

Holy rolling meatballs. We're all screwed. Or are we?

I grew up the eldest of four children. We all ate meat every blessed day. Horrible meat! Terribly perilous meat! Meats like cold cuts--bologna, liverwurst, or ham sandwiches in our lunch boxes. We ate hot dogs (the store brand) and hamburgers (pan-fried). My mother cooked bacon and eggs every Sunday morning. She saved the bacon grease and used it to cook other foods, like fried potato cakes, which she served when we had beef liver for dinner. Our regular delicious dinner menus included beef pot roast, flank steak, lamb neck stew, and roast pork. I suppose my brothers and sister and I should all be dead by now, instead of walking around perfectly healthy in our 50s and 60s.

My mother did all the cooking, and she ate the same things she fed us. I remember she wasn't a big snacker, but when she did indulge--usually over a cocktail--she liked to eat potato chips or processed cheese from aerosol cans on salty crackers. I also remember that she never paid attention to food warnings, as evidenced by our weekly bacon-and-egg brunch. Today Mom's ninety-five years old, in good health--and still eating meat. So all I can say to the latest scientific killjoys is, shut up and pass the salisbury steak. And don't forget the pan-drippings gravy.
Posted by Kathy Carroll at 8:25 PM

Posted by Kathy Carroll at 9:06 PM

Tonight I watched Gifted Hands, a 2009 film that chronicles Dr. Ben Carson's background and medical career. It's a remarkable story.

I haven't given much thought to the idea of Carson for president, but I may need to re-evaluate. As I watched this show, I couldn't help but think that the presidency is a job often described in terms of its stress, pressure, and responsibility. We often hear or read what a "difficult job" the presidency is.

You want to talk about stress? Try stopping the hearts of infant twins conjoined at the skull and having just one hour to repair the bleeding blood vessel in their brain that will kill them if you don't fix it. Now, that's a bit of pressure to put a meeting with Putin in perspective.

I recently heard a radio interview with Dr. Carson in which he was asked about the famous "3:00 AM phone call," the hypothetical crisis that wakes the president and requires a split-second decision on what immediate action to take. In his mild-mannered way, Carson chuckled softly and replied that he had "probably had more 3:00 AM phone calls" than any of the other presidential candidates. And probably every one of those nighttime calls involved an urgent question that needed an instant answer. That's a unique qualification worth considering.

Carson is startling, almost incredible, in his direct and honest responses. I don't know if he can win the presidency with such candor. But based on what he has learned, overcome, and achieved in his life, I think that if by some wild chance Carson does win, he'll do the job well.

~ Pa Bailey on Mr. Potter,  It's A Wonderful Life

The article linked here sums up my feelings about the underlying cause of the Oregon massacre. "Our culture is ill," John Kass writes.

It's true. Our families and communities are no longer strong; neither are our faith and principles. The disintegration of our national value system ultimately is to blame for the violent murder
of innocent lives.
Posted by Kathy Carroll at 8:44 AM