Like millions of my fellow Americans, I watched the presidential debate on Monday night. Below are five topics I never want to hear mentioned again, in a debate or anywhere else:

Where President Obama was born has absolutely nothing to do with the state of our disappearing jobs, the limping economy, improving the nation's border security, strengthening the military, or protecting us against radical Islamic terrorism. Mr. Obama's presidency will be history in less than four months, so this media-driven "controversy" is meaningless. Why are the presidential debates wasting precious time rehashing this boring nonsense?

Donald Trump has a bad habit of calling people names. And? What's the point of pursuing this personal negative? We want to hear candidates talk about the issues and how they would handle them. We don't want to hear schoolyard trash. Is Hillary Clinton so flawless? She has been shown to have a bad habit of exposing national secrets to foreign enemies, then lying about it under oath. There is a nasty name for her behavior, too.

I'm less interested in Donald Trump's tax returns than I am in the 33,000 emails deleted from Hillary Clinton's home server. I wonder if she checked for messages from Trump before hosing her in-box. Maybe he emailed her his tax returns.

Who cares what happened under Bill Clinton's watch? The world today is a very different place, largely due to his inaction. You're the one running now, Madam Secretary. Do you need to ride his coattails to win? Can't a woman get the job done on her own? Forget the 1990s, let's get real-time. What's your plan, besides massive tax hikes and more job-killing regulations? Stop name-dropping and start getting specific about how you're going to engineer the financial gouging of hardworking Americans.

Mr. Trump, we all know you've got a healthy ego. The presidential debates are not the time or place to remind us. We don't want to hear how much people love you, how many endorsements you've acquired, how proud you are of your accomplishments. Just stick to the issues. Tell us again about your plans for tax cuts, keeping jobs here at home, rebuilding manufacturing, slashing regulations. You can brag after you've won the election--if you do.
Posted by Kathy Carroll at 8:46 PM 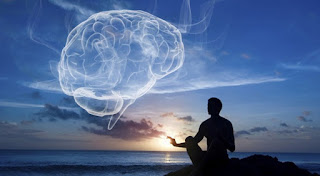 If you want to come live here, you need to prove to us that you're worthy of acceptance. We don't need to prove anything to you. This is our country.

2. Islamic Terrorism:
The radical Islamic terrorists want us dead. They will not stop attacking us. If we want to survive, we need to fight back with full power. I don't care if it hurts their feelings.

3. Police:
Do what they tell you to do. Do it immediately after they speak the words. If you do that one simple thing, you probably won't get shot.

4. Guns:
I've never shot a gun. But the Second Amendment protects a right that makes the USA unique. I think every state should have background checks and a waiting period. And do I really have to say, anyone on a terrorist watch list can't be allowed to own a gun.

5. Climate Change:
I agree, the climate is changing. All of the physical world is always changing; change is the only constant in nature. How much of it is our responsibility, I don't know. Neither do the "experts."

6. The Affordable Care Act:
Rather than saving me over $2,000 a year as the president promised, "Obamacare" cost me $2,300 at tax time. It's not affordable. Get rid of it and let the free market figure out health care.

7. Sitting Out the National Anthem:
So, you feel solidarity with "the oppressed." Take a look around the world and see if you could earn $119 million playing a game in any other country. Jackass. Excuse me--I meant, ungrateful jackass.

8. President Obama:
You had a golden opportunity to unite us. I was proud when a half-black man was elected--even if I didn't vote for you. Then I watched you divide black/white, rich/poor, gay/straight, Republican/Democrat. You completely blew your chance. But you're too conceited to know it.

9. Hillary Clinton:
Lies, lies, so many lies you probably don't even know what the truth is anymore. You're a criminal--a felon, actually. You may well become president, but you will be a dismal failure. You already are.

10. Donald Trump:
You could be dangerous; you might be a savior. No one knows how many supporters you have, because many won't admit it--out of either shame or fear. Traditional media hate you with a blind ferocity that prevents them from realizing they're helping you. You may well become president, and there's no telling where that will lead us.

Posted by Kathy Carroll at 7:54 PM


So President Obama would consider black Americans not supporting Hillary Clinton a "personal insult" to "my legacy." Does this man never stop talking about himself?

Review any speech in his presidency. It is always about him.  It's not about the state of the country, or its future, or even the validity of his political philosophy. It's about him.

Now he's browbeating and bullying voters to cast their ballots in line with him. The president's overblown egomania grew tedious at least seven years ago. Please, oh Great One, give it a rest and let people make up their own minds who they'd like to be president. As shocking as it may seem, voters may not agree with you.

Posted by Kathy Carroll at 9:20 PM

Deliver me from mine enemies, O my God: defend me from them that rise up against me.

Posted by Kathy Carroll at 2:46 PM

Posted by Kathy Carroll at 7:38 PM

A Saint for Our Time

Before you speak, it is necessary for you to listen, for God speaks in the silence of the heart. ~ Mother Teresa of Calcutta 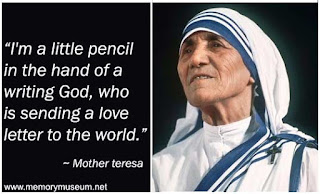 This weekend, Pope Francis will canonize Blessed Mother Teresa of Calcutta, confirming her as St. Teresa. It's a big day.

The Roman Catholic Church certainly has its woes. But it also commands continuing worldwide interest and attention, as noted in this NRO article by Kevin Williamson, himself a Catholic convert.

Even on the cusp of sainthood, Mother Teresa has her critics; don't we all? I sometimes wonder how much her detractors have done for the poor and needy among us. Then I realize that she was too busy doing her good work to care about what others thought or said. That's an important lesson in any era, but especially so in our own self-absorbed times.