Easy for You to Say 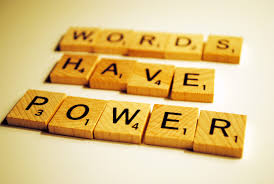 I suppose many of us have been following the endless explosion of news over the past few weeks. Aside from becoming weary of the media's mass hysteria and the ongoing spitting matches between "journalists" and the new president, I've heard enough bad grammar and inaccurate word usage that I'm surprised my teeth aren't ground down to stubs.

Below is my list of the "Top Ten Clangers" heard and seen in video, audio, and print:

1.  "Take a listen"
What does this mean? How do you "take" listening? You don't! You just "Listen." If you're inviting others to join you, maybe say "Let's listen." But listening can't be taken.

2.   "Pundint"
It's "pundit," only one "n"--even many of the pundits say "pundint," proving they don't even know what they are (which is not surprising).

4. "Old adage"
An "adage" is an old, time-honored saying that has entered general usage in the language. It is, by definition, old. When you say "old adage," you're saying "old old saying." I'm too old to waste that much time double-speaking.

5.  "Then" vs. "Than"
I see this more often now, also. "Better then," instead of "better than." It occurs in print often enough that I know it's not a typo; the writers really don't know the difference. Neither do the editors, which is more sad than amusing.

6. "Acrost"
I hear this more often than I see it, so maybe it's a verbal tick the speaker picked up in childhood due to regional pronunciations. But if you're working in media, you should know that the word is spelled and pronounced "across."

7.  "Expecially"
Yes, I often hear this from the same speakers that say "acrost." I know they mean "especially," but shouldn't they learn how to say it correctly? Especially if they are broadcasting?

8.  "Ek-cetera"
From the Latin "et," which means "and," and "cetera," meaning "the others," there is no "K" sound anywhere in this common term. The familiar abbreviation is "etc."--not "ekc."--so I do not understand the insistence on "ek" upfront.