And being in agony, He prayed more earnestly. Then His sweat became like great drops of blood falling down to the ground.
~ Luke 22:44

I used to think that the New Testament description of Jesus "sweating blood" in the Garden of Gethsemane the night before he was crucified was an example of literary license taken by the Scripture author(s). The writer in me believed that a bit of exaggeration would be forgivable, under the circumstances.

However, in recent years I have learned that sweating blood is a very rare, very real physiological phenomenon that occurs under conditions of enormous stress, fear, and anxiety. The medical term is "hematohidrosis," and it is sometimes seen in condemned prisoners walking to their executions. There are also reports of soldiers going into battle exhibiting this dramatic symptom.

As we anticipate tomorrow's Easter celebrations, we should pause to remember the price of our joy.

If you're going through hell, keep going.

If I had to choose one person as the most influential and significant of the 20th century, my quick answer would be Winston Churchill. I think that without him and his steadfast courage in the face of unrelenting pressure to capitulate with Hitler, most of us would be speaking German.

So the movie Darkest Hour has been on my must-see list since its release, and I watched it over the weekend. Actor Gary Oldman certainly earned his Oscar in playing Winston Churchill. Oldman embodied the essence of the great statesman as no other performance I've seen. It was more than makeup and wardrobe, which were impressively authentic; it was the intense personality and determined urgency that he captured. I think it was also his humble acceptance of the challenges of the role that made Oldman's Churchill such a remarkable portrayal. As he quipped in one excellent interview, "If Winston Churchill could take on Hitler at 65, I can sit in a makeup chair for three and a half hours."

I'm a bit of a nut on Winston Churchill, as the quotation on my blog's masthead might suggest. It was as a sixth grader that I first became enthralled with this unique world leader. My social studies assignment was to select a famous person from history and write a paper about him or her. I can't remember why I chose Churchill. But I do remember being captivated by recordings of his speeches, which I checked out of the school library on vinyl records and played on my parents' record player. I listened to the famous "We Shall Fight on the Beaches" speech countless times, experiencing some degree of shivers and goosebumps each time I heard it. Had you been a Briton in that time and place, listening to that speech, you would've jumped out of your chair to run and find the nearest pick axe to wield against the Nazi invaders.

My only quarrel with Darkest Hour is that it dramatizes Winston Churchill to the realms of sub-hysteria. If you listen to Churchill's actual "Beaches" speech, you'll hear that his delivery is quite calm and measured. He is not ranting to the rafters, as Hollywood has Gary Oldman doing. But that is a small personal quibble with a masterpiece of a movie. Everyone who admires the difficult virtue of courage should see Darkest Hour. The film is, as Winston Churchill might have said, "Splendid!"

Posted by Kathy Carroll at 8:58 PM

Brennan On The Moor - Clancy Brothers and Tommy Makem

Meeting the Challenge of Lent

We are approaching Holy Week, the home stretch of Lent.
Lent is the Christian season of anticipating the 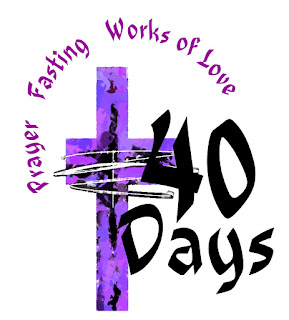 promise of Easter with prayer, sacrifice, and good works. Lent is always a challenge to become a better person, to be more like the best person ever, Jesus Christ. Lent is noted for "giving up" something--smoking, drinking, eating ice cream, chewing gum--some treasured habit or special treat that one enjoys. But equally important is the Lenten call to step up and do more--increased charitable giving, additional prayer, more reaching out to one's neighbors.

I'm afraid I haven't had a very good run at Lent this year. I haven't given up anything. I'm not doing measurably more praying than I usually do. Thus far I haven't made any extra monetary donations to my favorite charities (although I will, I promise!). I missed the Community Penance at my parish church this week. I'm just not very energized towards any of my usual Lenten routines, except for one--spiritual reading.

About ten years ago I began the practice of reading at least one spiritual or religious-themed book during Lent. I've read more excellent books than I can count over the past decade--lives of the saints, histories of Christianity and Catholicism, anthologies of prayers and spiritual writings. I look forward to my Lenten reading so much that it can hardly be called a sacrifice. Until this year.

This year, I'm reading The Confessions by St. Augustine. At least, I'm trying to read it. Having started the book countless times since college days, only to quit in discouragement a few pages in, I decided this would be the year that I slog through to completion. Confessions often appears on lists with titles such as "the best books ever written" or "books you must read before you die" (which makes sense, since it would be quite difficult to read it after the fact). The premise of the book is simple enough. It's the introspective outpourings of the famous bishop, saint, and Doctor of the Church who frittered away his youth as a dissolute playboy. But reading the fourth century classic is a tough go. Not only does the reader have all those "Thees," "Thous" and "dosts" to deal with, Augustine's writing is quite deep, intellectually demanding, and philosophically daunting. (Maybe he's just too smart for me.)

I'm sticking with it, however, and tonight my e-reader tells me I've finished 39% of the book. That challenges me to finish 61% of The Confessions in the next sixteen days. I'll be up late tonight, and probably every night before Easter, fighting off sleep as I battle my way to the final period. When I think of it that way, I suppose that maybe I am doing something for Lent this year, after all. 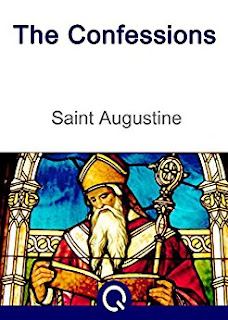 Posted by Kathy Carroll at 8:42 PM

Out of the Ashes


All men are created equal... then, a few become firefighters.


I watched Only the Brave this weekend. It's the story of the Granite Mountain Hotshots, nineteen of whom died fighting the Yarnell Hill Fire in 2013--the greatest number of firefighters killed in a single incident since September 11, 2001. It's the kind of movie that stays with you, especially since it is based on such dramatic and affecting actual events.

This link to Ouside Online provides a lengthy, detailed, thoroughly riveting account by Kyle Dickman of what happened to those nineteen doomed heroes, including a documentary interviewing family members and the lone survivor of the Granite Mountain Hotshot crew, Brendan "Donut" McDonough. He was pulled from the line to serve as a scout on a lookout point, but that's no comfort to a surviving firefighter. There can't be very many crosses more heavy to bear than that of losing all of your brothers to the fire and being left to soldier on alone with the memories--and the guilt of being alive. I, for one, plan to read McDonough's book, My Lost Brothers.

Posted by Kathy Carroll at 3:27 PM