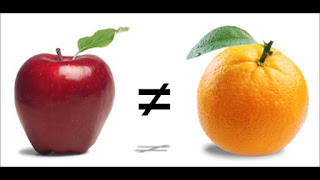 As a rule, I don't like presidential comparisons. Each president is so individual, such a product of his own experience, current events, and the political winds of the day, that comparisons seem unfair. But on the topic of unfairness, let's consider for a moment how the media might react if President Donald Trump's accomplishments had been achieved by President Barack Obama.

Below are a few random samples:


If President Obama had appointed an openly gay man to such a high ranking government position, there would have been a rapid confirmation vote in the Senate followed by LGBT parades in the streets, all covered 24/7 by an adoring media. President Trump's gay nominee, however, was held up for months in the confirmation process, accused of being "misogynistic" in past tweets and "dismissive" of Russian meddling in our elections. Evidently gay is not so good if Trump makes the selection.


Again, if Obama had chosen the first woman to run the CIA, there would be a similarly fast confirmation accompanied by praise and adulation bordering on hysteria in the media and #MeToo land. Not only does President Trump get no credit for nominating a highly qualified woman, her confirmation is by no means certain. She is being portrayed as a sadistic proponent of waterboarding during the Iraq war, almost as though she had toted some buckets herself.


Between deregulation in business, the booming stock market, and the popular tax cuts, President Trump's economy is apparently a great deal more dynamic and positive than President Obama's economy was. If you wait to hear the liberal media admit that fact, you have a lifetime hobby.


President Trump has used some startling tactics in dealing with the Hermit Kingdom. Calling its leader "Rocket Man" seemed somewhat reckless at the time, but look where we find ourselves today. The leaders of North and South Korea have met, hugged, and crossed each other's borders for the first time in over seven decades; negotiations on removing nuclear weapons from the peninsula are scheduled to begin soon; and today, three US prisoners were released from North Korea and are on their way home.

If President Obama had accomplished even one of those things, the media would be actively promoting a second Nobel Peace Prize for him. But since President Trump is the architect of these successes (regardless of his methods), barely a mention is made in mainstream media without dire warnings and doleful faces. In tones of solemnity and doubtfulness, we are admonished that it's all likely to backfire.


We get it, network news anchors. Obama, apples--good; Trump, oranges--bad. The constant pounding against all things Trump gets more than a bit wearying. I wonder what the liberal media will do if President Trump not only completes his first term, but wins a second one? While I consider that very real possibility, please pass me the fruit bowl. I'd like an orange.

Posted by Kathy Carroll at 9:04 PM