President Obama is a fine one to be talking about the "crack-up" in the Republican party. In the classically clueless style of a glass house-dweller hurling stones, the president ignores the "crack-up" in his own party, where the two contenders for the presidential nomination are your friendly neighborhood communist and a compulsively lying felon (albeit an unconvicted felon--thus far). 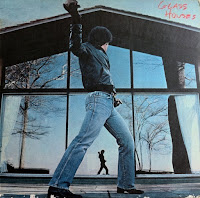 What's going on in politics today is a voter revolt against the dictates of the oligarchy--on both sides of the spectrum--that has for too long ignored the citizens' voices and imposed its own will on the electorate. What the voters of both parties seem to be saying is this:


"Those days are over. We will not listen to you or your media watchdogs this time. We will choose the next president, no matter what our 'rulers' tell us to do or think."

I'm not sure I like what's going on, either, but one thing is for sure--it appears that We the People are going to have our say this time around. That makes the supposed shelter of glass houses a very perilous place indeed.
Posted by Kathy Carroll at 8:55 AM